You are here: Home / Tasty Guides / Cracker Vs Biscuit: I Didn’t Get The Difference Until I Read This
Pin
Share
Tweet
0 Shares

This post may contain affiliate links, which means I’ll receive a commission if you purchase through my links, at no extra cost to you. This helps keep the content on this site free.

Who will emerge victorious? Let the food fights begin!

For ages, Americans, Britons and Canadians have been wondering on which is better, tastier, healthier and even what the difference is between Cracker and Biscuit.

Today we pit these two bitter rivals head to head to determine which will come out tops!

I’ll also be answering a lot of frequently asked questions many of you have been asking so stay tuned!

RELATED: Burger Vs Sandwich: Experts Reveal Which One Is Better

(Round One) Cracker vs Biscuit: Which is more Popular?

Ever wonder which Comfort food between Cracker and Biscuit is more popular worldwide?

We did a quick dive into Google Keyword Planner to get to the bottom of this. Here’s what we found out:

It’s a tie according to the data on Google Keyword Planner. Quite inconclusive.

Let’s move on to Google Trends to put this matter to rest in the popularity corner once and for all. 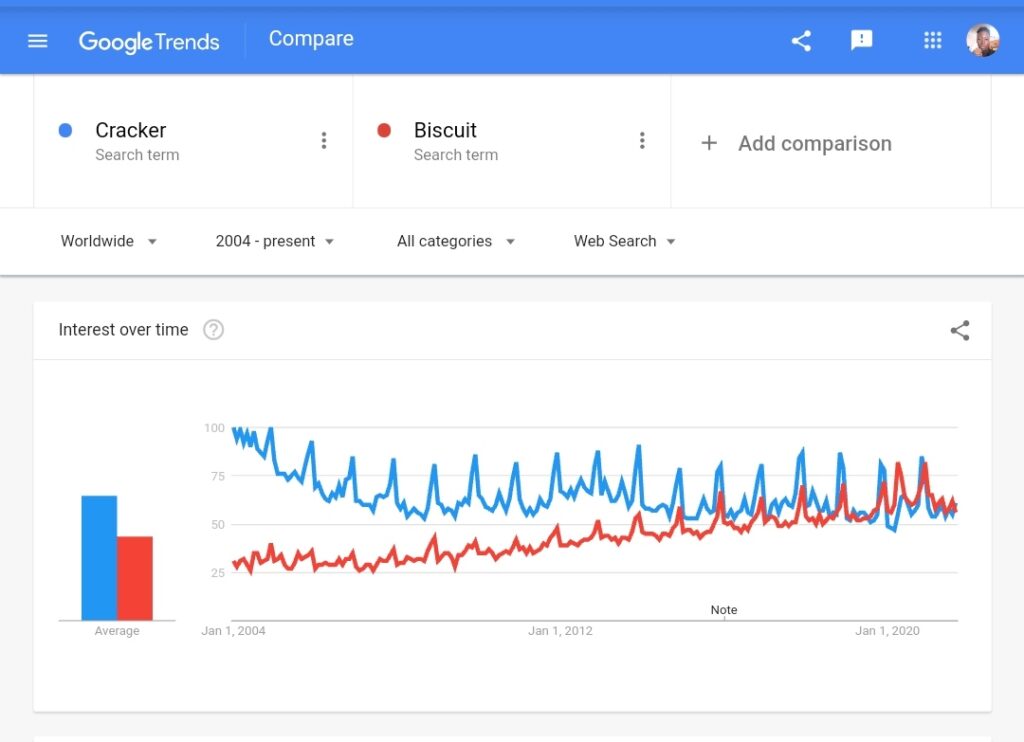 According to Google Trends data, we can see that although the search term “Cracker” is searched for more times than it’s rival, the searches for “Biscuit” are picking up pace to the extent that it now matches the current search trends in recent months.

Looks like we found our winner of round one, Foodies 😁!

ALSO READ: 48 Suggestions Of Sandwich Shop Names That Are Too Good Not To Use

(Round Two) Cracker vs Biscuit: Which is tastier?

For me and I probably speak for a lot of people when I saw that Team Crackers got nothing on Team Biscuit in the taste department.

This is because Crackers by default are made to be salty and thin while their bitter (sweet) rivals are hardly ever made with salt as their key ingredient.

There are just a myriad of amazing flavours to delight your taste buds when it comes to Biscuits.

The brands behind any of these competitors will matter a great deal as far as taste is concerned nevertheless.

Looks like we have a stalemate on our hands.

(Round Three) Cracker vs Biscuit: Which is Healthier?

Hands down, Crackers are way more health than Biscuits. This has to do with the way they’re produced.

By default, they don’t contain any added fat or sugar and are made from only flour and water unlike with typical Biscuits/Cookies.

RELATED: Burger Vs Pizza: We Finally Figured Out Which One Is Better!

As I mentioned earlier, there’s been a lot of confusion over the difference between Biscuits and Crackers.

Foodies all over the world want to know if they’re in fact the same thing, if their names simply change depending on what part of the world you are and many more daunting questions.

Cookies are a type of Biscuit and so are Crackers.

So the only worthwhile difference between them is that while Crackers are typically salty, crisp flat biscuits, Cookies are flat and sugary and aren’t as brittle as the former.

If anything I wrote in the paragraph before this is anything to go by then yes, Cookies are one of the various types of Biscuits.

All Crackers are Biscuits but not all Biscuits are Crackers.

So therefore it won’t be right to call a Biscuit a Cracker if it doesn’t meet the physical requirements (as I’ve mentioned above) of being a Cracker.

RELATED: Cremas Vs Coquito: The Difference Is Not What You Think

What do British people call Biscuits?

I’m going to downright assume that by asking this question, you’re probably not a Briton.

That’s okay. Neither am I.

In the UK, Biscuits are simply referred to as Biscuits generally. They are also called scones (a weird name if you ask me).

British call everything that remotely resembles a Cookie a Biscuit.

Is a British Biscuit a Cookie or a Cracker?

What is a Cracker in the UK? 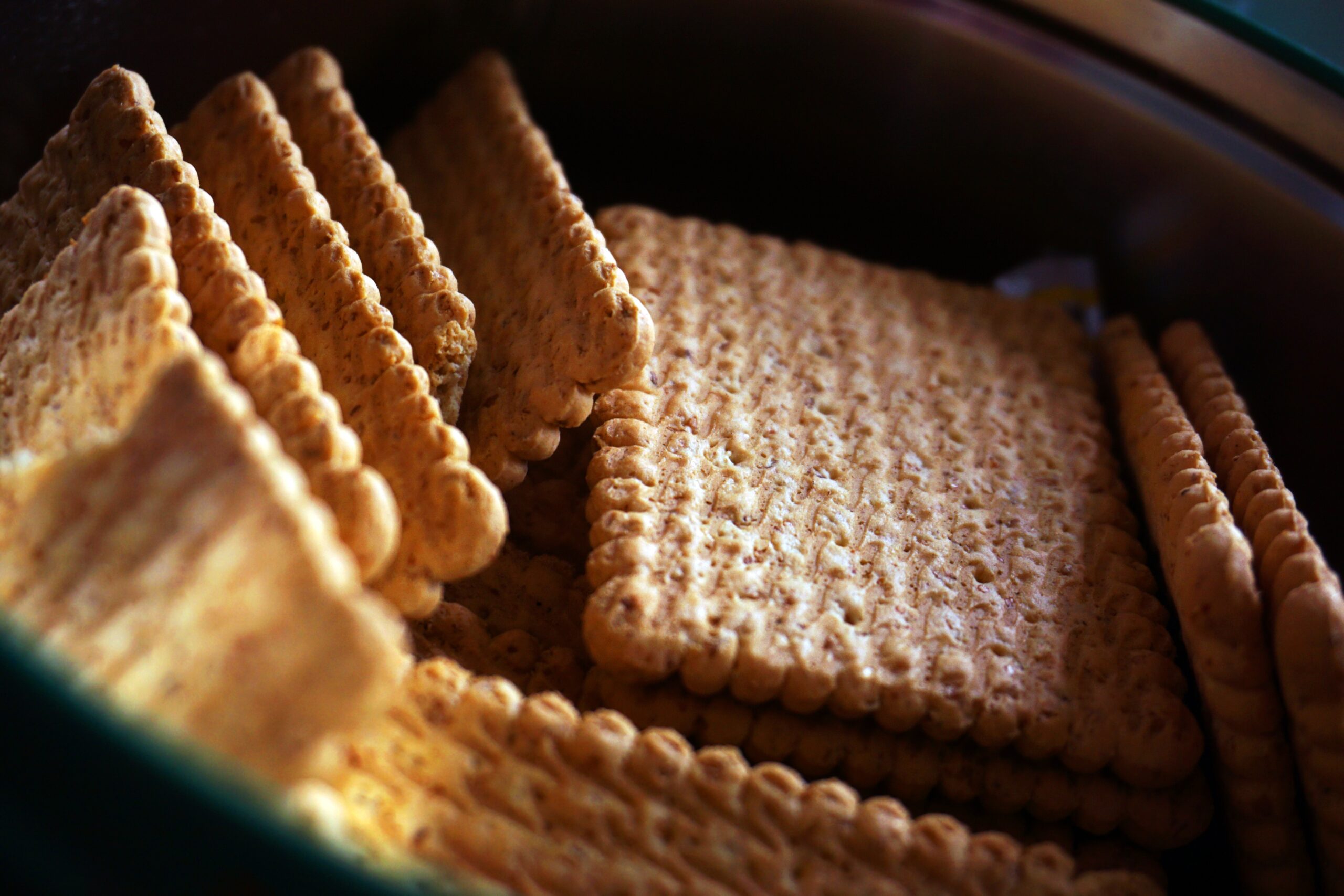 (Not a fire Cracker please), these are referred to as water Biscuits, or savory Biscuits in the UK.

Is Crackers a British word?

As far as it concerns food, the British have nothing to do with inventing that word.

What are Oreos called in England?

Oreos are called “Chocolate Sandwich Biscuits” in England. If you really think about it, it totally makes sense.

What are Digestives called in America?

Alright. Enough about UK for now. Let’s move on to another interesting country.

Digestives are called Graham Crackers (pronounced as “Gram”) in the US.

Not that Graham crackers are an exact replica of Digestives but it’s just the best similar looking food over there.

However, if you must know, Digestive Biscuits have been banned in the US over the fact that the Biscuits in question are every other thing except being actually “Digestive” in nature.

What does Cracker mean in Ireland?

In most EU countries (like Ireland), Cracker means what it means to Britons, which is Biscuit.

So Cracker won 2 to 1 in our Food Boxing Bout, knocking Biscuit down in the 3rd and final Round 😂.

Let us know which you prefer over the other in the comments section below.

My name is Richard AKA The Last Food Bender and I'm a trained Chef. I'm the Dining Hall Prefect & the Minister of Enjoyment here. 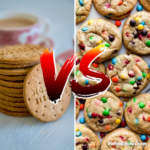 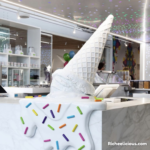 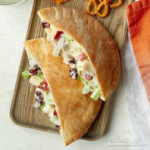 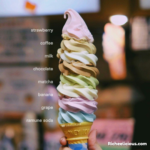 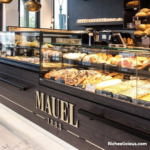