You are here: Home / Tasty Guides / Snickers Vs Mars: Everything You Need To Know
Pin
Share
Tweet
0 Shares

It’s Snickers vs Mars! Is Snickers just Mars with peanuts? Is Snickers more popular than Mars? Are Mars and Snickers the same company? Find out these and more as you read on.

This post may contain affiliate links, which means I’ll receive a commission if you purchase through my links, at no extra cost to you. This helps keep the content on this site free.

Snickers and Mars chocolate candy bars are produced by Mars, Incorporated. However, Mars bar is marketed as Milky way in the United States. Mars and Milky way contain similar ingredients but different names, wraps, and designs.

They have a notable difference, which is Snickers includes peanuts in its ingredients, while Mars doesn’t, it only has a plain chocolate mixture. Some people say that Mars is Snickers without peanuts. Each of them has its yummy and unique taste.

Let’s dive into the difference between these two chocolate bars. Hopefully, you will get to love them more or pick a suitable one for you.

RELATED: Does Mars Bar Have Nuts? Find Out Here 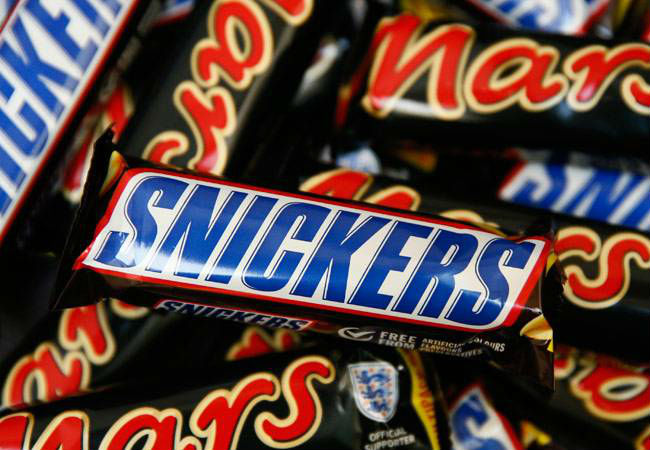 Let’s go into all the ways these two chocolates are both similar and different, shall we?

Snickers and Mars bars have similar prices. It may vary due to the store, country, and currency. However, each of these candy bars has varieties, so there might be a difference in price between them.

The peanuts in Snickers differentiate their taste from that of Mars. Peanuts mixed in milk chocolate give a different taste from Mars.

ALSO READ: Does Snickers Have Nuts? Find Out What Food Experts Say 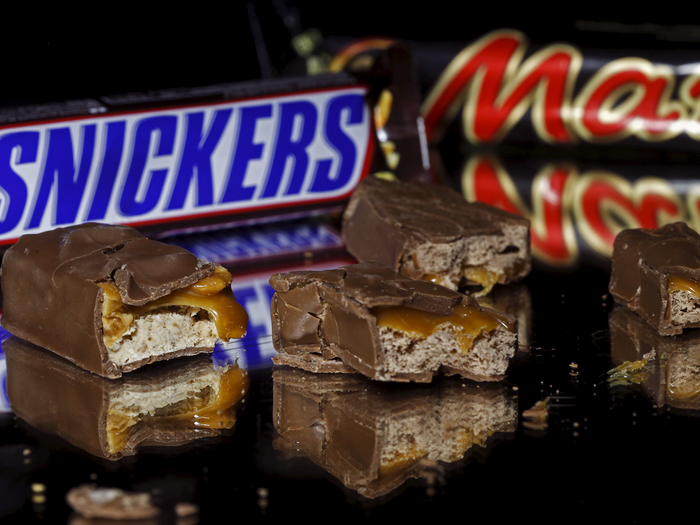 Let’s consider the weight of Snickers and Mars bars first. One Mars chocolate bar weighs 58 grams while one Snickers chocolate weighs 53 grams. They have the same size but have different weights.

Snickers and Mars bars have similar amounts of calories. Due to the smaller weight Of Snickers chocolate bar, its calories are lower than Mars. This difference may be important to those trying to lose weight. However, it may not be so significant when trying to choose between Mars and Snickers.

They also contain proteins. Snickers have a higher amount of protein than Mars. Snickers contain peanuts, eggs, and milk, and are sources of protein. However, Mars does not contain high protein like Snickers.

Snickers have a high amount of fat than Mars. The fat content in Snickers and Mars is almost 99% from saturated fat sources.

Snickers and Mars have a significant amount of calcium. They also contain iron and sodium. Snickers have a high amount of sodium while Mars is richer in iron.

Snickers and Mars are not vegans but vegetarians. They contain milk chocolate, slim milk (powder), and egg whites. So, they are not part of a vegan diet. They are vegetarian.

RELATED: Pringles Vs Lays: Which Is Better? Find Out Here

Snickers and Mars are known worldwide. If you consider their popularity in different regions, Snickers is more popular. Mars may not be found in many regions and countries, while Snickers is available in most places.

Both Mars and Snickers contain high amounts of saturated fats and refined sugars. So, if you are involved in a weight loss program, this is not an option. You can take them but not at all times. It could serve as an energy booster.

Snickers and Mars chocolate bars have many variations in flavors and addictives. So you may notice that there are various kinds in different places or regions. They come in various kinds and sizes. The original versions are still available.

Like Snickers has peanut butter, white chocolate, peanut brownie, almond, and other varieties. Mars also has flavors like vanilla, maple, and others. The varieties come in different weights and sizes. So, you have varieties to choose from.

Conclusion on Snickers vs Mars

I hope this post was helpful and you have been able to get more information about your favorite chocolate bars, Mars and Snickers.

If this article was helpful to you, your friends may have this same issue. Please share it with them on Social Media via the Social Media share buttons at the bottom of this post.